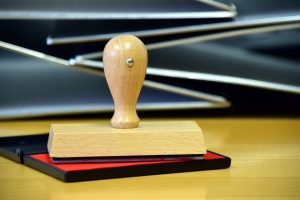 The “Changes to norms” research section questions the profound transformations of legal norms and, more broadly, social norms in our hyper-normed societies. Our approach is to identify, observe, diagnose, analyse, think about and recreate our representations of law and normativity in the light of our work and the work of our era’s great intellectuals.

This research axis has its roots in the Pothier Legal Research Centre’s (CRJP EA 1212) unifying theme – “Mutations in the sources of law, norms and normativity”. Within the MSH as a whole, this theme takes on a multidisciplinary dimension by opening up to the entire humanities and social sciences.

It works on responding to two complementary and convergent objectives – the creation of transnormative conceptual tools and proposing a typology of the subjects’ normative postures.

The creation of transnormative conceptual tools

The primary ambition of this axis is to forge new transversal conceptual tools to take account of ongoing changes in norms in our Western societies. These should make it possible to establish precise normative diagnoses and to propose an in-depth renewal of our theoretical representations in the field of normativity.

These tools are forged in part by collective research which brings together over fifty national and international researchers, tenured and doctoral students, jurists and non-jurists (philosophers, sociologists, managers, etc.) to work on each project.

Two of these studies, published in 2009 and 2013, respectively deal with normative strength and normative densification. The third is currently being prepared and its subject is normative assurance. Together they will form a triptych on contemporary normativity.

The three studies have a common objective and methodology.

The objective is to go beyond the familiar classic and restrictively legal notion to propose a new, transdisciplinary and inclusive version reflecting emerging forms of normativity.

Moving beyond the notion of compulsory and binding force which is usually part of the rule of law, the concept of normative force makes it possible to include the force of norms through a combination of its scope and rigour. Though these norms have no true legally obligatory force, they have nevertheless proved to possess real normative or reference force in their capacity to guide behaviour. This is the case of simple recommendations from regulatory authorities such as those of the Conseil Supérieur de l’Audiovisuel (Superior Audiovisual Council).

Also, beyond the well-known strictly legal and quantitative notion of legislative inflation, the richness of normative densification’s process includes the quantitative and qualitative rise in power of laws and legal and social norms in general. This makes it possible to pinpoint a major trend in our contemporary societies’ evolution.

Or, finally, beyond notions of sanction and constraints which are traditionally one of the rules of law’s criteria, normative guarantees could include the latter and open up much more broadly to other directions which guarantee legal and other types of norms.

The three components of this triptych also have a shared constructivist methodology which makes it possible to take a previously unusual and unexplored expression that has never been the subject of research as a starting point to discover the definition and content of our subject of research once all contributions have been summarized.

When the last part of the Normative Guarantee is published, thus completing the triptych, it will be time to draw summarizing conclusions from our research.

Proposal of a typology of the subjects’ normative postures.

The transformation of norms and normativity is also studied by revisiting the thinking of certain intellectuals from the second half of the twentieth century. The aim of this approach is to study an author’s work and life by confronting these with the question of norms as posited in today’s Western societies.

Along these lines, a series of several conferences has been scheduled on the work of Roland Barthes, Michel Foucault, Gilles Deleuze and Jacques Derrida. The first – Barthes faced with norms – took place at the University of Amiens in October 2016. The second conference – Foucault faced with norms – took place on November 15th and 16th 2018 at the University of Orléans. These conferences are intended to be interdisciplinary and international and to bring together researchers from different backgrounds over the two days.

The ambition underpinning this multi-faceted research is to identify these authors’ intellectual and personal positions regarding norms.

Do the development paths followed by each of the authors differ?

Does each path reveal an individual position adopted regarding norms? Some examples would be submission, emancipation, circumvention and the individual’s struggle when faced with the common norm.

Are these intellectual postures also normative? In other words, were they also principles which governed their authors’ behaviour rather than just ideas set out in their work? If this were the case, it would be possible to infer a typology of the subjects’ (of law, of norms) normative positions from these intellectual positions.

The aim of a concluding written work based on each conference’s discoveries would be to answer these essential questions for our hypernormed societies in a more theoretical and synoptic manner.